Sometimes it takes a village. For Johnny Depp, make that an entire village.

The actor has put his “estate” in Plan de la Tour, France, on the market at close to $26 million.

About 17 miles from Saint Tropez, the 37-acre property includes a complete Provencal village of stone-built houses dating back more than 200 years.

Since buying the property in 2001, Depp has restored and decorated the homes one by one, spending more than $10 million on improvements.

He converted a church to a guesthouse and installed a wine-tasting cave that looks like a set from “The Pirates of the Caribbean” film series. The star has used the retreat as his family getaway 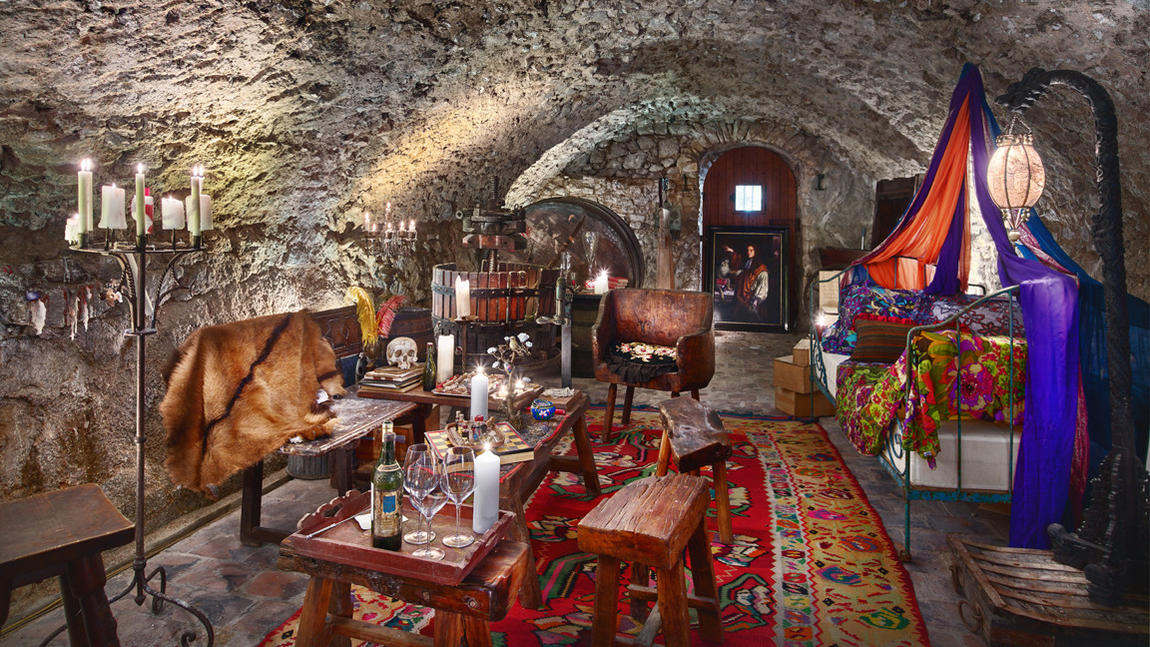 Actor Johnny Depp has listed his 37-acre estate in Plan de la Tour, France, for sale at close to $26 million.
The more than one dozen structures include a main house, several guest cottages, a chapel, a bar and restaurant, a workshop/garage and a staff house. The 10,760-square-foot Bohemian-style living space contains more than 12 bedrooms and 12 bathrooms.

A hunter’s cabin, a painter’s studio where Depp worked, a children’s playroom and a gym are among other living spaces.

The acreage is marked by gently sloping grounds with vineyards, olive trees, a vegetable garden, fountains, a large swimming pool surrounded by sand, a smaller swimming pool and a skateboard area.

Depp, 52, has starred in more than 50 major motion pictures, including “Edward Scissorhands,” “Benny and Joon” and “Donnie Brasco.” He gained recognition among television viewers in the 1980s series “21 Jump Street.” The versatile actor will star in the upcoming films “Black Mass,” “London Fields” and “Yoga Hosers.”

Furniture and the star’s personal belongings will be included in the sale.